Once upon a time with Lollipops
The trendsetter's new idol is Lollipops. Underneath their sugary name and their style full of mischief, we find Yann Ducarouge and Majorie Mathieu. In 1994, the duo decided to launch their collection of fashion accessories and impose their take on fashion! While Yann negotiated with manufacturers and distribution centres, Majorie designed their collections. Only one rule : CREAT-TIV-ITY! Four years later, Lollipops invites us into their fashion world and opened their flagship store in Paris. Very quickly, the Parisian brand became a reference and expanded their offerings: shoes, jewellery, and original handbags that are more than an accessory! Fashionistas love Lollipops for their combination of urban style and playful details that give their products a customized style with a girly spirit. Feminine, glamorous, and audacious: Once again this season, Lollipops is full of mischief. 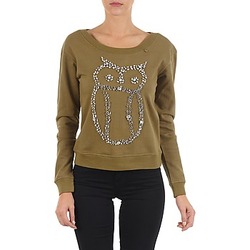