Bata, style and selection
It's already been over a century that Bata has been creating shoes for women, men and children! One hundred years dedicated to the shoe with a story that begins in Czechoslovakia in 1894, when Tomas, Anna and Antonin Bata created their company, "T & A Bata Shoe Company." When Antonin enlisted in the army and Anna married the following year, Tomas was alone to manage the company when they created the first cloth shoe and renewed fabrication methods. In 1905, 2,200 pairs were being produced daily by some 250 employees. Just before World War II, 60 million pairs were sold each year in more than 30 countries around the world. If Bata has established itself as one of the most successful family businesses of its generation, it doesn't owe its success to luck. Through significant investments in research and design innovation, materials and comfort, and putting the customer's needs first in each phase of the manufacturing process, Bata is one of the leading international brands in the market. 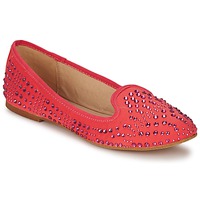