Benetton : united in Colour!
It is a beautiful family story that begins in 1965, in Treviso, Italy. Luciano Benetton and his siblings Giuliana, Gilberto and Carlo decided to launch the Benetton Group with the foundation of their idea being "Colour". The colourful style, relaxed and excellent value for money quickly earned a reputation and Benetton became internationally famous for its advertising campaigns in the early 80's. Benetton then called in the Italian photographer, Oliviero Toscani to work on the theme of tolerance. They adopted the famous slogan "United Colours of Benetton" which delivers a message of tolerance, through the mixing of cultures and colours, translating the philosophy of the company. Advertising campaigns are made ​​of strong and provocative images and are decidedly creative and revolutionary.Their impact, though sometimes controversial, manages to reach the public in a different way as one often sees them as an expression of our time. Products, apparel and accessories, colourful, and trendy designs of the brand are now known around the world and adopted by the followers of relaxed style! 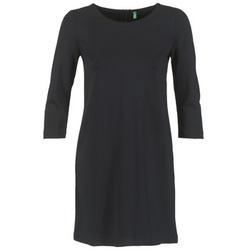