Michel Perry, the self-made artist
A touch of provocation, English rock'n'roll culture, and theatrical elements: that's the style of the Parisian designer Michel Perry. For him, fashion is a game that allows us to play up our femininity. Named "the king of heels", and the "rock'n'roll dandy", Michel Perry started in 1970, when he was obligated to stop his studies at the Ecole de Beaux-Arts in Mons, Belgium, to join the family company selling Bata brand shoes. Always around shoes, he later designed models from Italian brands, before starting his own collection in 1987. At the same time, he opened his first boutique on the rue Turbigo in Paris. World renowned in the luxury sector, Michel Perry embodies the worldly combination of extravagance and refinement. 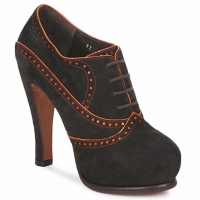 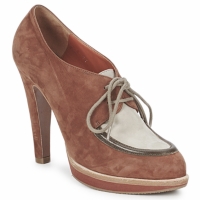